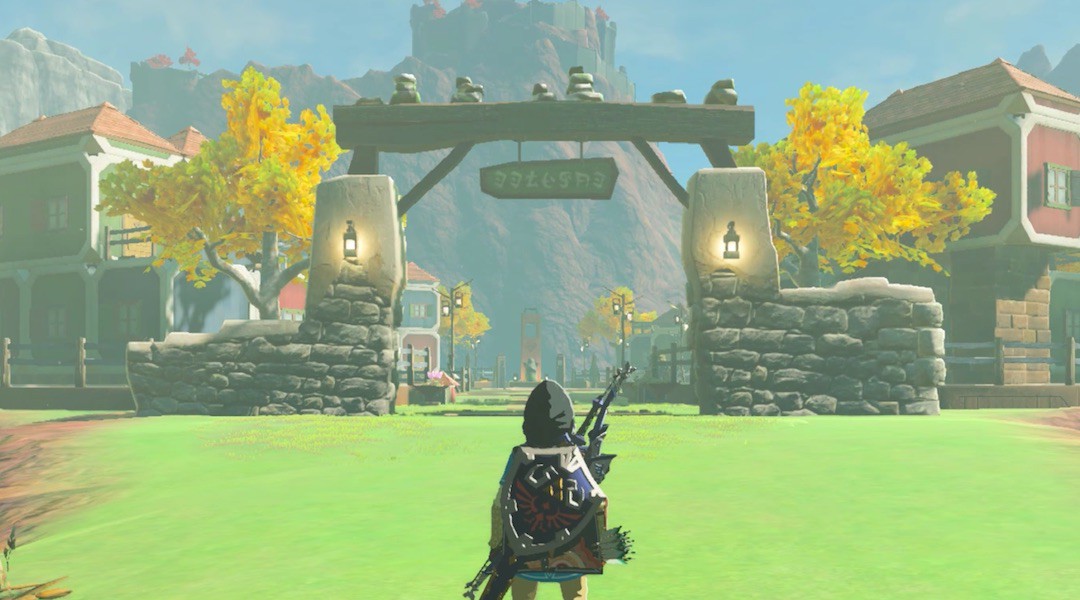 Tarrey Town is widely considered to be one of the best side quests you discover in Breath of the Wild. The town you slowly help Hudson build and the different citizens of Hyrule that you bring together make the payoff of this journey absolutely worth it. It’s easily the most diverse village you will ever encounter in this game. But according to the director of the game, the developers wanted to add something completely different.

In the premiere episode of the Nintendo Power Podcast, Breath of the Wild director Hidemaro Fujibayashi sat down with host Chris Slate to discuss the development of the game. When discussing unique locations in the game, Slate brings up Tarrey Town and its various side quests. Fujibayashi explains the original plans for the town, and how even Link’s House was born from it:

Slate: Another unique location is a town called Tarrey Town. And what’s unique about this town is Link actually takes an active role in helping this town come together, and re-populate it by other characters, and to add different buildings and such to the town. It gets built up over time, through various side quests. Similarly, Link also has a house that he can purchase and outfit the way he sees fit in Hateno Village. So, I wonder what was the goal with these areas and if there was something specific in mind in actually turning over the responsibility of these locations to the player.

Fujibayashi: Originally, we wanted to make something that players can build on their own. The backside of that story is actually when we were creating the game, planners wanted to create part of a game or a challenge that could use game design tools and not rely on the programmers. So, that’s how Tarrey Town and also the house came about.

What do you folks think of this? Would you have preferred a “Zelda Maker” style side quest instead? Let us know in the comments below!