Posted on September 21 2019 by Charles Xavier 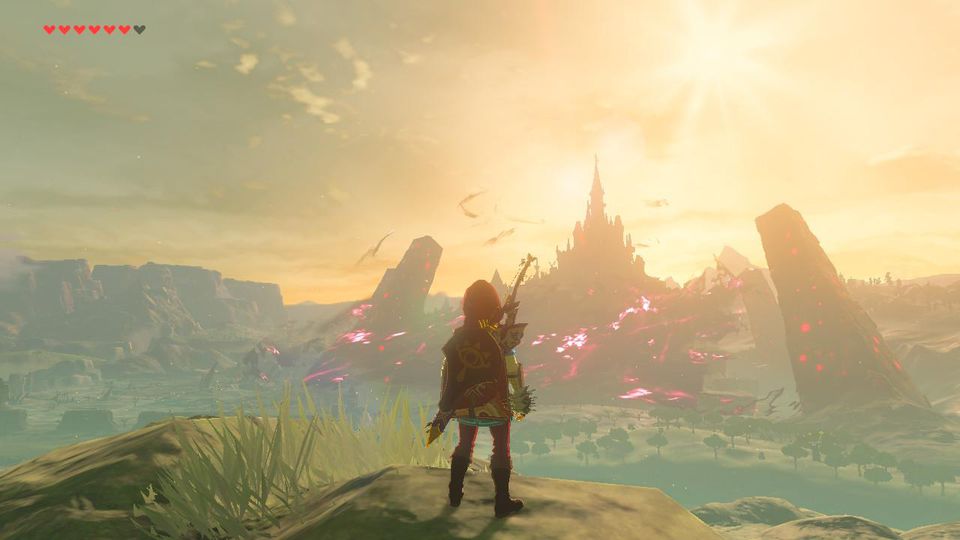 Breath of the Wild is a remarkable game with how much freedom it has; not just in terms of exploration, but even down to how one approaches solving puzzles. It’s safe to say that no playthrough of the game will go exactly the same way for most people. In a new interview published by Nintendo, developers of Breath of the Wild sat down to talk about designing the game with players in mind.

“What other things did you often say during the long development cycle?

Takizawa: We often said ‘don’t be too hospitable’ [meaning ‘don’t hand-hold too much’]. The planners and landscape designers were thinking together about the landscape gameplay, and were very aware of having a natural structure that wouldn’t be so obviously contrived.

Takehara: That’s right. This is also connected with the gameplay of BotW, but if you make things in a way that overtly leads the user with visual cues, then it feels like they’re being forced. So we wanted to be careful not to let that happen. Depending on the object, we wanted to restrict visual cues enough so that we could have players naturally feel like, ‘I’ll bet there’s something over that way,’ and we were making adjustments with that in mind.”

Notably, for some of the older staff, Breath of the Wild was designed in such a way that was contrary to commonplace practice; so they had to adapt:

“Mr. Takehara, you came to Nintendo via career change. Were there any aspects in the development of BotW that you felt were different from the way your previous company did things?

Takehara: At Nintendo I have strongly felt, ‘Oh, they go this far.’ For Instance, if you place a wide flat plane like Hyrule Field in the middle of the map, that’s too good of a view, isn’t it? Standard practice when you make a vast region is to find ways to cut off the field of vision in order to mask loading times, but for BotW they placed Hyrule Field right in the middle and made it so that you could have a pretty full view of the whole world no matter where you go, so I thought that was pretty against the common way of thinking.

Even more so was having seamless transitions without loading screens when entering and exiting Hyrule Castle. To seamlessly link such a densely packed area, that is a fairly tall hurdle in and of itself, but once they decided it was necessary for the gameplay, they wouldn’t compromise on the matter. But I was surprised at how the staff members around me seemed to just think that no, this way is actually normal, and ultimately this staff team was able to hold on to that zealous cooperation and produce an excellent product.

Maybe you could say that’s the Nintendo attitude to decide not to compromise once they realize ‘It’ll be more fun to do it this way!’ but at that time I felt anew that there’s something that just isn’t common.

Takizawa: Well after all, aiding Zelda who is at the center of the castle is the ultimate goal of this game. So it was decided from the beginning that the castle would in the center of Hyrule so that it could be seen from anywhere. For that reason the castle has a symbolic presence for this game, and that’s what gave rise to the staging of the Champions setting a targeting beacon toward the castle each time one of the four Divine Beasts is positioned and released, which became one indicator of game progress.”

They also mention that certain places, Sheikah Towers specifically, were constantly needing to be moved so that they were located in what they felt was the best area for them visually. Because of how big the game is, the developers had to use new software to update other team members on what areas were being worked on by certain individuals in a faster and more convenient manner to prevent multiple people working on the same areas:

“Yes, when you see those target beacons it does broadcast how many Beasts still need to be released. The tall Sheikah Towers, which can also be seen from various locations, also served a similarly symbolic function, didn’t they?

Izumi: There are 15 Shiekah Towers, and there was a significant amount of adjustment made in considering where best to place them. Part of that was to ensure that there would always be something to see while surveying 360 degrees around the Towers after having climbed to the top by repeatedly positioning it here and there in the region and verifying what could be seen from it.

Did you also move them around in cases where they were not able to be seen very well once placed?

Izumi: Yes. Constantly. But when you correct the location of the tower, you next have to shift the enemies, trees, events, and various kinds of related design features as well. That was where we could maintain a healthy work environment, because even small adjustments to an area could be quickly verified by one another within the game by having them check the change. I could place a visual speech bubble like, ‘I shifted the location of this tower,’ and beyond that have it added to the task list of the relevant team leader to verify.

Takizawa: From the very first stage of development, the programmer team was continually creating systems for us which enabled efficient development. If not for that system they provided I doubt we could have ever made such fine adjustments.

Takehara: Speaking of new tools the programmers created for us, I also spoke on this in my 2017 CEDEC talk, but they also made it so that we could check who was messing with which region on the game screen in real time. Before that we had used spreadsheet software to keep track of who was working where, but BotW was such a large-scale game with many staff involved, so it would be easy for mistakes to occur. Having a system which allowed us to manage production in the game screen made it difficult for mistakes to occur from different people working simultaneously in the same area.

Izumi: The other thing was that we would rest on development work for a full day, or in the longest cases about a week, and scheduled in days for the whole staff to play in BotW for a day. We called it Monitor Play, and it enabled us to share motivation among everyone such as, ‘I’ve never played a game like this!’ or, ‘Oh you can/could do this as well..’

Takehara: With that, you could also share with the full staff in the moment what could be created, or what was still not completed, and moreover by sharing that information we had the chance for various people to come up with ideas such as, ‘Wouldn’t it be good to put this gameplay feature into this region?’”

Game design is truly a tedious line of work, and one must have a lot of tenacity to thrive in the gaming industry. It’d probably feel so weird placing something on a certain area of the map only to move it around numerous times.

Overall, this interview seems to have been conducted to give insight into game design, and for people to gain interest in applying to work on the Breath of the Wild sequel. Nintendo listed two jobs openings earlier this year for new landscape/enviroment designers for the upcoming game.

Did you find a portion of this interview interesting? Do you like the kind of freedom Breath of the Wild gives, or do you prefer a degree of linearity in Zelda games? Share your thoughts in the comments below!

Comments
Sorted Under: BOTW2, Breath of the Wild, Games, News, Zelda News
Tagged With: No tags were found for this entry.