Bomber’s Notebook #021 – The Secret to Longevity

How has Zelda been able to maintain such a high level of success and quality over the last few decades? This is a question that many game developers want to know, as Zelda is one of the longest-running franchises in the industry. What is Zelda’s secret? Is there some special potion that keeps the franchise from aging? I’m not sure, but I bet that Syrup the Witch could whip up a concoction for that express purpose. The franchise has been re-imagined, remodeled, reinvigorated and is still selling millions of copies. The question of “how” is an especially elusive one, and it’s not like Miyamoto and Tezuka will be revealing his trade secrets anytime soon. Perhaps the world will never know… but I think I have some decent reasons. Make the jump to learn Zelda’s secrets to longevity!

We all know that Zelda is one of the top dogs in the video game industry, the alpha male of franchises while Nintendo is one of the most recognizable companies not only in video gaming, but in general. The geniuses down at the lab have been cooking up games for our pleasure for decades. Three of its longest-running franchises are Mario, Zelda and Metroid. The lifetime of each has spanned over twenty years and there seems to be no end on the horizon. 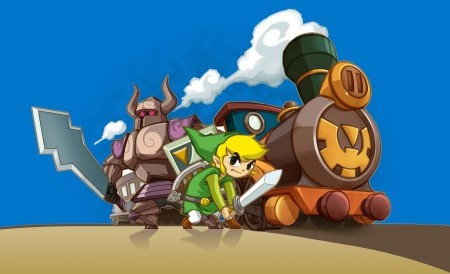 The Zelda train just keeps on chugging along, doesn’t it?

First off, Zelda is all about developing independent titles. I would imagine the process is like creating an entirely new IP. The only thing that carries over is the basic formula for a Zelda game, but most other things change. Nintendo is very dynamic and likes to show it off with their flagship franchises. The ever-changing quality of the series and the focus on independent titles keeps gamers interested. We hardly have an idea at what’s coming, since Nintendo likes to keep tight-lipped about its upcoming releases. Each game is a surprise and it’s a smart business tactic. 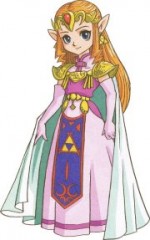 Link, Zelda and Hyrule are constantly reinvented. Okay, so Link and Zelda’s attire hasn’t changed all that much. But their personalities, mannerisms and characteristics constantly fluctuate with the ebb and flow of time. It looks like our hero and the princess are almost as dynamic as the franchise itself. The relationship between the two also changes unpredictably. The Adventure of Link had them kissing behind the curtain, but since then their connection has been downplayed until the recent release of Skyward Sword. I’ll stop it there, since this will be the subject of a later editorial.

As contradictory as it sounds, sequels will also play a role in keeping the series alive. It may not introduce as many new fans as new, original installments do, but they prolong the existence of the franchise by being an extension of a previous game. I like to think of it as milking the cash cow. Nintendo is raking in more capital and as long as sequels produce satisfactory results in terms of sales, the developer will feel compelled to work on a new title since the they know that the games still mark a significant profit.

Obviously a key element to continued longevity is consistent high quality. Zelda has continually generated games of commendable quality. Sales figures have not dipped considerably or even at all. Nintendo, which presumably has a much larger team of employees in the field of gaming than it did many years ago, has increased the output of Zelda games. This means that more titles are being cranked out in lesser periods of time, which may attribute to the slight decrease in the performance of individual Zelda installments. Attention is drawn away from titles more quickly because of this, resulting in less sales per game but probably more copies sold overall.

Critics have always been enthusiastic about Zelda games, which hasn’t changed in over twenty-five years. Link certainly deserves a pat on the back. Reception has been extremely favorable through the whole journey. Reviews are not always accurate, but aggregate scores can provide a general idea of how exceptional a video game is. See Bomber’s Notebook #017 for a full chart of video game sales and their critical reception. 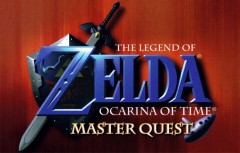 Last but not least, we have re-releases. Ocarina of Time is on the Nintendo 64 as well as the GameCube in the form of The Legend of Zelda: Collector’s Edition and Master Quest while it has also reappeared on the Virtual Console and Nintendo 3DS. Talk of a possible Majora’s Mask or A Link to the Past 3DS remake was in headlines rather recently. Most Zelda games have been reproduced in some manner or transitioned onto a different console. It not only stirs up some profit on the side, but rekindles veterans with the beloved titles of their childhoods. Yes, the nostalgia factor will contribute to a small part of Zelda’s sales and restore interest in old installments and trigger excitement for forthcoming productions.

I think these are the defining characteristics of Zelda’s longevity. Do you, the readers, think that I omitted anything or disagree with some of the points raised here? Feel free to express your opinions in the comments section below!