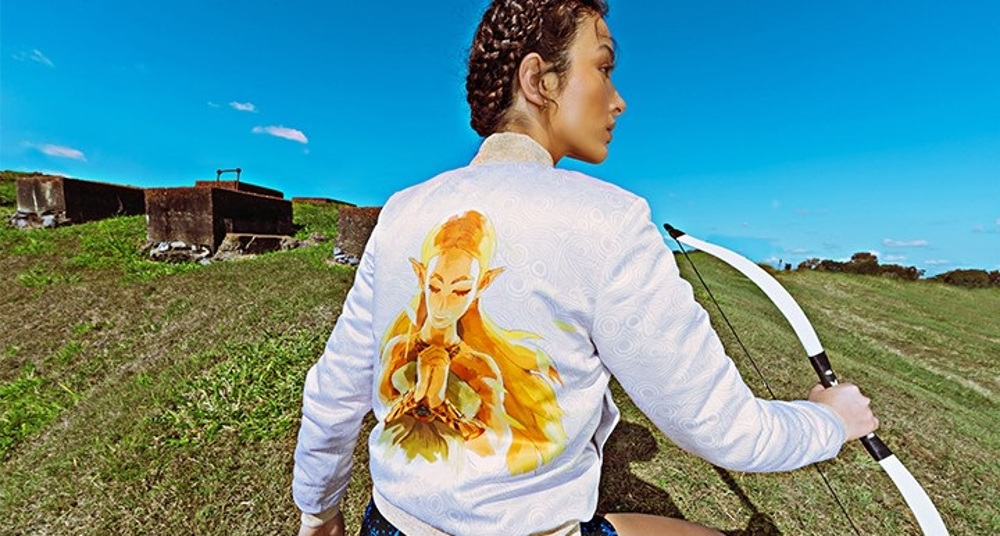 On October 2nd, Australia-based company BlackMilk Clothing sent out a cryptic tweet hinting at an upcoming Zelda-themed collaboration with Nintendo. It turns out fans did not have to wait long to learn more, as many of the details of the project were unveiled today on BlackMilk’s website and Nintendo’s Twitter account.

The new line of Zelda clothing from BlackMilk Clothing will include outfits and designs that draw on “six incredible The Legend of Zelda games.” This announcement teases two designs that will be part of the larger collection. The first design is a stylish white jacket featuring Breath of the Wild‘s Zelda, who is wearing her white robe. The jacket itself is not simply plain white, but instead there is a pattern of ornate circles/runes across the surface of the jacket. The image of Zelda featured on the jacket has also been featured on The Complete Official Guide from Piggyback. The second look shared by BlackMilk Clothing is an outfit based around a stylized map of The Great Sea from The Wind Waker. There are some incredible details in the outfit, which include some of the islands from across the classic game, a Big Octo, and the water spirit Jabun.

This announcement is just a tease of the full line, as the full Lookbook (which includes all of the designs and outfits for the collection) will be released on October 6th at 1 PM Australian Eastern Standard Time. Additionally, there will be a collection preview posted at 8 AM Australian Eastern Standard Time. Due to the time differences depending on where you live, it can be a bit tricky to determine the release time of the collection and other key dates. The collection will be released some time between October 11th and October 12th, depending on your time zone. Make sure to check the website for details about when the collection will release in each time zone!

Overall, BlackMilk Clothing warns that some items in this collection will be limited, meaning “once they’re sold out, they’re gone.” If you create an online account for their website, you can actually add pieces to a wishlist when the previews become available later this week. According to the company, making an account and wishlist will allow you to check out as soon as the collection is released.

Start your next adventure in style with The Legend of Zelda collection from @BlackMilkTweets, coming soon!

Sign up for more info and you’ll receive a code to get 100 My Nintendo Platinum Points: https://t.co/phNIk6hw7t pic.twitter.com/OPSlbaT6eb

What do you think of this announcement from BlackMilk Clothing? Are you interested in this collection? If you are, what are some designs you would like to see released on October 12th? Let us know in the comments below! 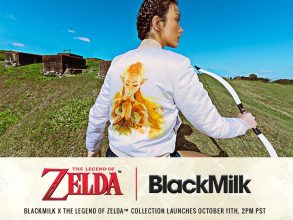 Comments
Sorted Under: Games, News, Nintendo News, Slider, The Legend of Zelda, Zelda News
Tagged With: No tags were found for this entry.