Basking in the Visuals of the Palace of Twilight 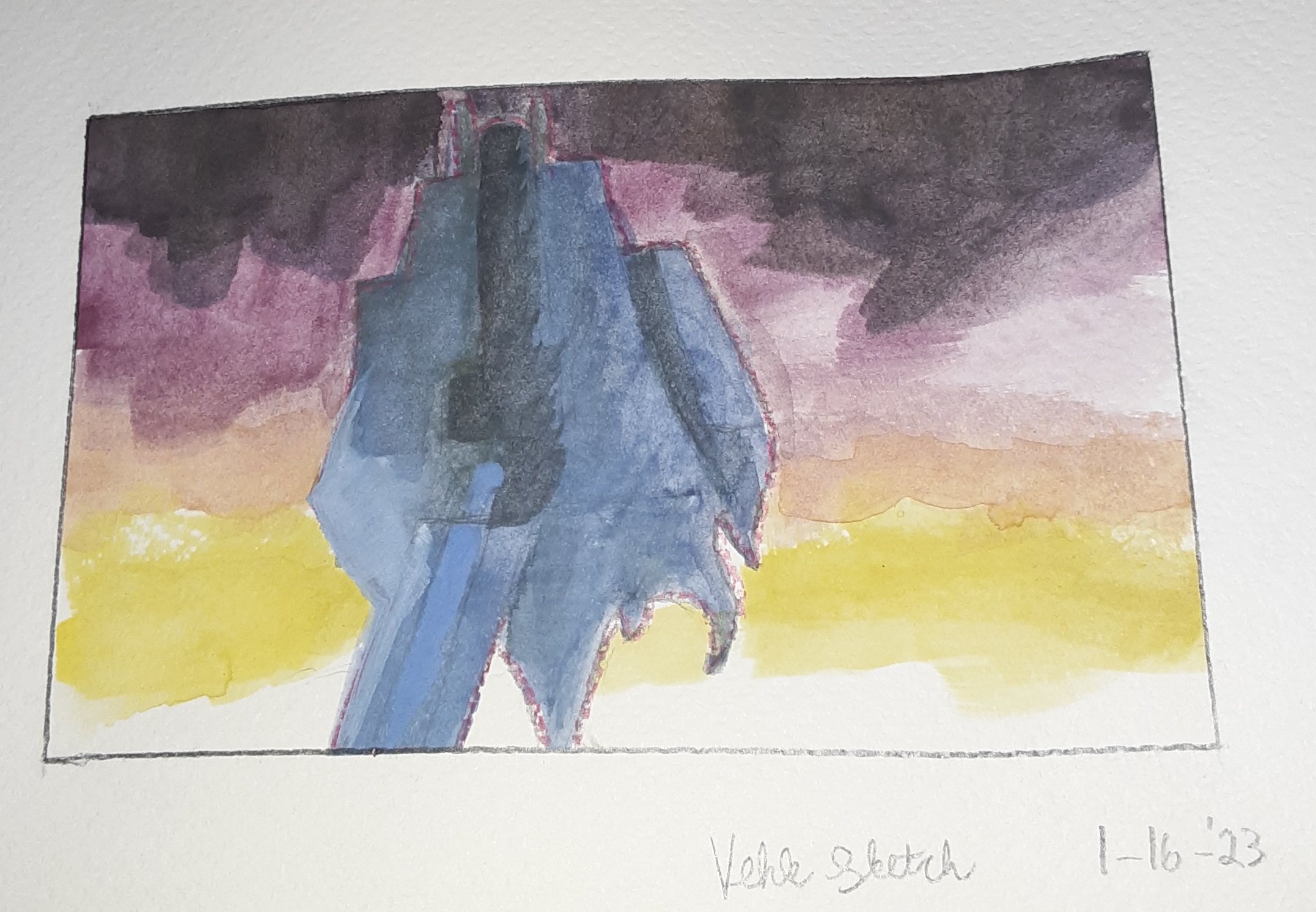 There are two things in my life that I’ve always enjoyed: art and writing/storytelling. As both an artist and writer, when I evaluate games outside of just gameplay, the main two things I care about are whether there is a meaningful story being conveyed, and if there is a strong visual language/art direction being utilized. The Legend of Zelda series has many games that excel at this criteria, but perhaps among the best is Twilight Princess. It has a unique visual style, plus a narrative full of key cinematic moments that creates investment into the plot. There are so many examples within the game that I could dig into to really nail this point, but I feel the absolute best culmination of it all happens during the eighth dungeon in the game: the Palace of Twilight.

It may sound odd, but the Palace of Twilight is perhaps my favorite dungeon in the game. I won’t deny the criticisms people have for it. The first half of the dungeon is definitely extremely tedious with the Zant’s Hands constantly looming overhead while Link is carrying the Sols. I found them frustrating too, but I enjoyed the challenge; and it doesn’t detract from all the elements I enjoy about the dungeon and the part of the story it takes place in.

Let’s do a short recap of key story beats before Palace of Twilight. We get to Arbiter’s Grounds at around the halfway point of the game. This dungeon has the benefit of containing one of the main cinematic moments of the game with the epic reveal that Ganondorf is puppeteering Zant. This is such a high point for the story, and it has one of the best cutscenes in the game. Afterward, in terms of very memorable moments, things go radio silent for a while. There is the whole development of regaining Ilia’s memory between Temple of Time and City of the Sky, but whether that is a strong narrative beat depends on whether a player cared about Ilia to begin with. I didn’t find Ilia to be much of an interesting character, so that isn’t a moment that sticks out to me. It’s not until the Palace of Twilight that things get really interesting again. 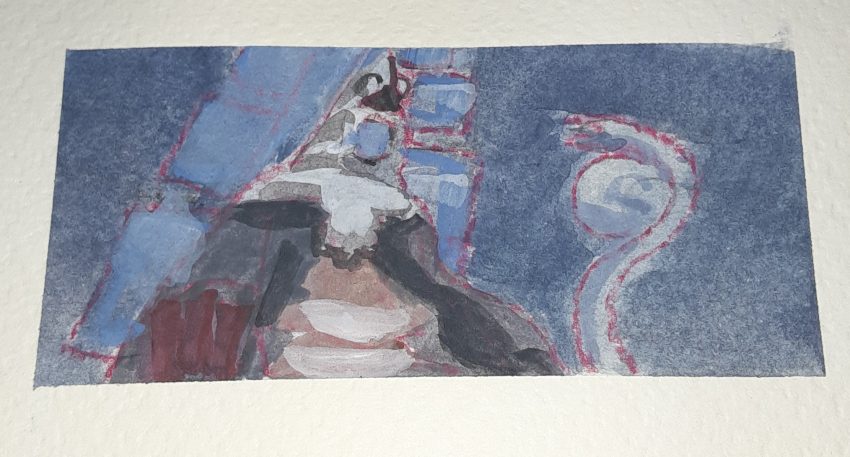 Once the Mirror of Twilight is reforged, the Sages give Link a send-off before he steps through to the antithesis of the Light realm. This is the moment the previous four dungeons have been leading up to — the showdown with Zant is imminent. Immediately upon crossing over, the first striking visual is the sky full of dark clouds, offset by glowing patches of yellow/red. Often nature yields some of the most beautiful sights, and even in a different realm this seems no different. Contrasting nature, we have the imposing Palace sitting on the horizon. I’ve never seen a definitive answer in material such as Hyrule Historia, Hyrule Encyclopedia, or Art & Artifacts on what the inspiration for the Palace’s exterior may have been. My best guess is that it might be inspired by Egyptian architecture.

Inside the two smaller towers to the left and right of the central one contain the Sols. Link will need to harness light itself into the Master Sword to cut through darkness, much like the patches of light cut through the dark clouds in the sky in this realm – it really is a fitting symbolism for everything twilight personifies. Getting the Sols is no easy task, however. First Link must best holograms of Zant; afterwards he will have to transport the Sols outside to the central plaza of the Palace. But until he leaves the building, he needs to fend off the Zant’s Hands which unrelentlessly seek out the Sols.

The interior of these buildings really drive home that the Twili are a technologically advanced civilization, between the holograms, the Zant’s Hands which are basically robots, and energy fields/platforms. It’s all of this that makes me think of the Palace of Twilight like it’s both an ancient temple, surrounded by the beauty of nature, but also drenched with a neon-lit Blade Runner vibe.

While bringing the Sols to the central plaza, they will react to the Twili citizens that stand outside. Their appearance has been corrupted by Zant, but returns to normal when near the light of a Sol. This is what I mean by a strong visual language; thematically, it becomes clear every facet of the dungeon is about using light to combat shadow, and the first view of this area after stepping through the Mirror of Twilight already silently established this through environmental design.

Once the Master Sword is upgraded, the ascent of the central tower to the Throne Room to take on Zant is the next order of business, and it’s at this moment that we finally get some memorable story progression, as well as some solid cinematography.

Executing the Keys to Beautiful Composition 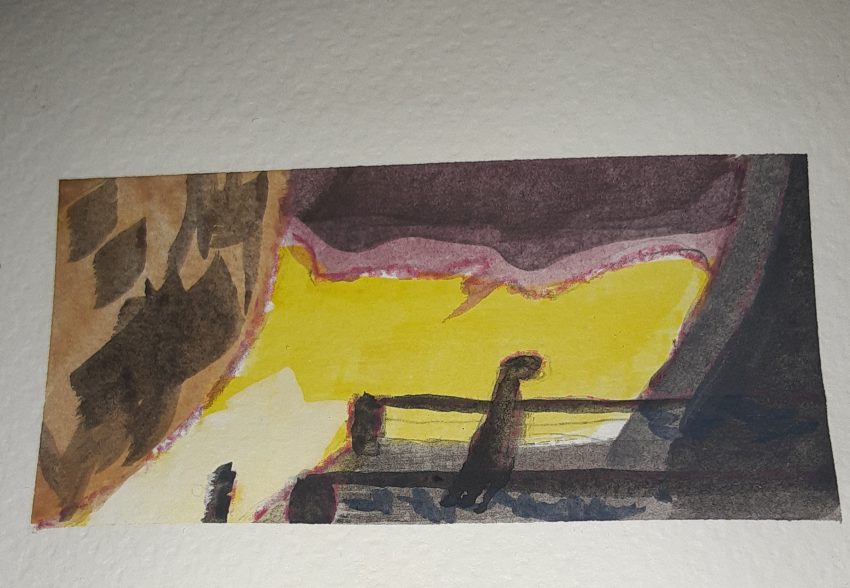 Throughout the dungeon, Link has been fighting Zant’s holograms multiple times. Players might assume Zant is just sending lackeys as a first line of defense before stepping in himself. Once Link gets to the Throne Room, it becomes clear that this is not what is going on at all. The reality is that Zant is in no shape to fight because he is in full tilt; he has gone completely unhinged, though he was never stable to begin with. I love how every scene of Zant before this moment uses visual and audio cues alongside specific camera movements to telegraph that he isn’t the calm and calculated person he is trying to be. Then in this final encounter before his death, he finally cracks, embracing his true sporadic nature. He dances around the room contorting his body in a fit of emotion as he reflects on the misfortunes of his past.

This sole cutscene is filled with so many “cinematic shots.” A cinematic shot is a series of frames in film or animation that have a strong visual appeal, or a unique presentation. It’s usually these scenes that leave the biggest impact because the visuals amplify the mood of the story, often evoking an emotional response on some level for the viewer. The game has many such moments where frames magically come together to set up a wonderful composition, and an interesting use of color and light. However, when I reflect on the game, the key ones for me are pretty spread out. But then there’s the scene before the final battle with Zant that has a sequence of my absolute favorite frames in the game.

To understand the beauty of these shots, I have to briefly go over a bit of color theory. We all probably recall being told in Elementary School that colors can be associated with a mood or emotion, and that certain tones can be described as “cool” or “warm” color temperatures. Red, Orange, and Yellow are typically warm colors, and often convey excitement, happiness, energy, or anger. Blue, Purple, and Green are cool colors that can convey serenity, as well as sadness.

The first frame I love is the pan down of Zant sitting on the Throne of Twilight. The room is cast in hues of cool blues and grays, which works extremely well alongside Zant. Besides the aesthetic, it serves a purpose alongside the narrative too — Zant is wallowing in sadness and self pity, after all. The color choice to stay in the cools and not introduce any warms works perfectly for the scene.

The next two scenes are pretty similar compositionally, but they work so well because they use color alongside a simple contrast of light and dark value to create a statement on what the focal point is. The second frame is a zoomed-out side view of Zant looking up at the chaotic ball of energy that is Ganondorf’s formless state within the Twilight. The balcony Zant is on is cast in darker values, and his silhouette is in shadow as well. Zant’s dark silhouette really pops as a focal point because it is surrounded by the brilliantly bright glow of the sky. The colors in the sky are warm reds and yellows. This is a scene meant to be exciting, but also it pins down what Zant is feeling: absolute rage that he wasn’t made King of the Twilight. Countering the focal point of Zant, the dark clouds at the top of the frame draw attention, leading the eye towards Ganondorf’s ball of energy. There is certainly a lot of elements in this scene — the arrangement could easily have fallen apart as a result — but all of the elements serve their purpose and don’t detract from the focal point, which remains concise.

Finally, we have my favorite frame of the three. Zant, after being bestowed Ganondorf’s power, is frozen in place processing the encounter. Once again, his silhouette is rather dark in front of the glow of the sky. There is a dark cloud overhead that forms an interesting shape and satisfyingly joins with the darker value of the silhouette. It’s a combination of the underlying value structure, the shape of the cloud, and how that cloud frames Zant but leaves enough room for the sky to still pop that makes this a frame that works so well compositionally. 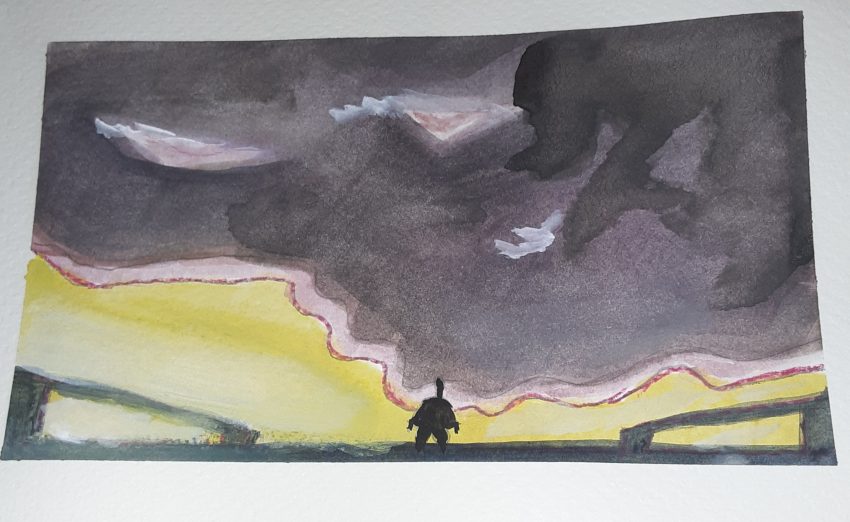 Besides containing wonderful frames of cinematic shots, I enjoy the revelations conveyed through the dialogue of the scene too. We finally find out Zant’s motives, alongside a glimpse of his emotions. After the battle with him, we find out he has already resurrected Ganondorf into the light realm, and then Midna gets the ancient Twili magic back that Zant stole earlier in the game. She uses only a fraction of it to kill Zant.

Why do these cutscenes even matter, though? Simply put, the ultimate goal of art is to create a story or capture an emotion. Creating stunning visuals is important too, but the visuals need to go in tandem with the goal being strived for — only then will the art have a point. The Palace of Twilight weaves visuals with both story and gameplay in a way that few other dungeons in the game, even in the series, manage to. I’ve always been surprised that the Palace of Twilight isn’t mentioned among the dungeons that most fans consider the “best” in the series. It is absolutely worthy to be alongside ones like Shadow Temple, Spirit Temple, Stone Tower, and Ancient Cistern. I long for the day when Palace of Twilight will gain the status it rightfully should have.

All artwork featured in this article was painted by me. If you enjoyed it, check out my art accounts on Twitter and Instagram.