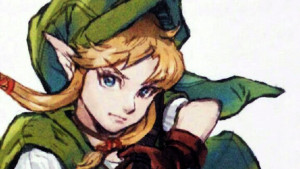 Hyrule Warriors Legends‘ newest fighter, Linkle, is a large point of a discussion these days. With the continuously rising wish for more information on Zelda Wii U, people are often thinking of what to expect from any and all future games. Since the discussion of female protagonists in the series is a popular one, Eiji Aonuma’s recent thoughts on Linkle’s appearance in Hyrule Warriors could be great news for Zelda fans. We may just see more of her if player reactions to her are on the happier side.

Check out some quotes after the jump!

“I had a chance to give feedback on Linkle during development, but the satisfying action of using a crossbow, which we developed for the spin-off title Link’s Crossbow Training, was implemented this time completely by Koei Tecmo. […] It may feel a little different from other titles in the franchise, but she doesn’t feel out of place at all in the world of the Zelda games.” – Eiji Aonuma

First of all, I would just like to point out that Koei Techmo took elements from a spin-off, and used them in another spin-off. That’s kind of hilarious. More to the point, though, I appreciate there being some real evidence of Nintendo actually listening to their fans for once. Not to point fingers too much, but it seems all to common these days that Nintendo makes some unfortunate decisions, and does not take fan outcry into account. This, on the other hand, shows that they do care. In the same interview, Aonuma points out that after seeing Linkle in action, and after seeing people take a real liking to her, he is certainly not against considering her for the main series. There is no guarantee, of course, but I am very glad that a notable spin-off like this has had a lasting effect on the producer of our beloved adventure games.

What do you guys think? Whether she had a leading role or not, would you like to see Linkle in the main series? Drop a comment below!