An Adventure for The Ages Part 3: A Veteran, A Newcomer, and a Lapsed Fan Play Oracle of Ages

Posted on February 18 2021 by Andrew Millard 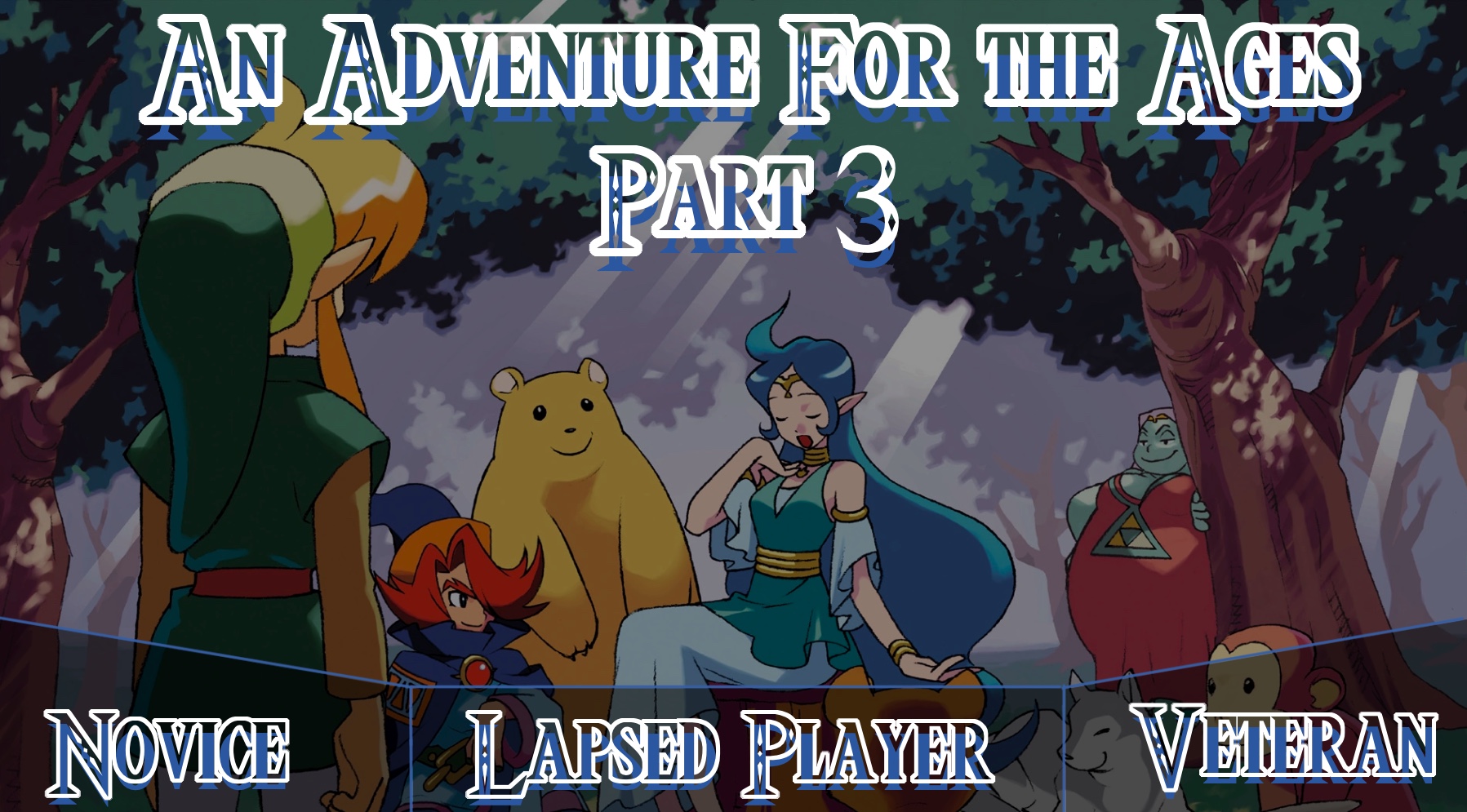 In this series to celebrate the games’ 20th anniversary, ZD writers Emi Curtis, Hannah Rogers, and Andrew Millard take on The Legend of Zelda: Oracle of Ages. Emi is brand new to the game, Hannah is an experienced pro, and Andrew is returning to complete the game after almost two decades. This week, with the game in full swing, we discuss playing from Mermaid’s Cave to The Black Tower.

Andrew – Hey, everyone! It’s week 3 of our “Adventure for The Ages” playthrough of Oracle of Ages, and we are really in it now! Several minions of Veran slain, a few of the weirdest items in Zelda history, and one exorcised Oracle named Nayru. Unfortunately, Emi was unable to join us this week due to technical difficulty, but Hannah and I have you covered.

Sort of the Rings 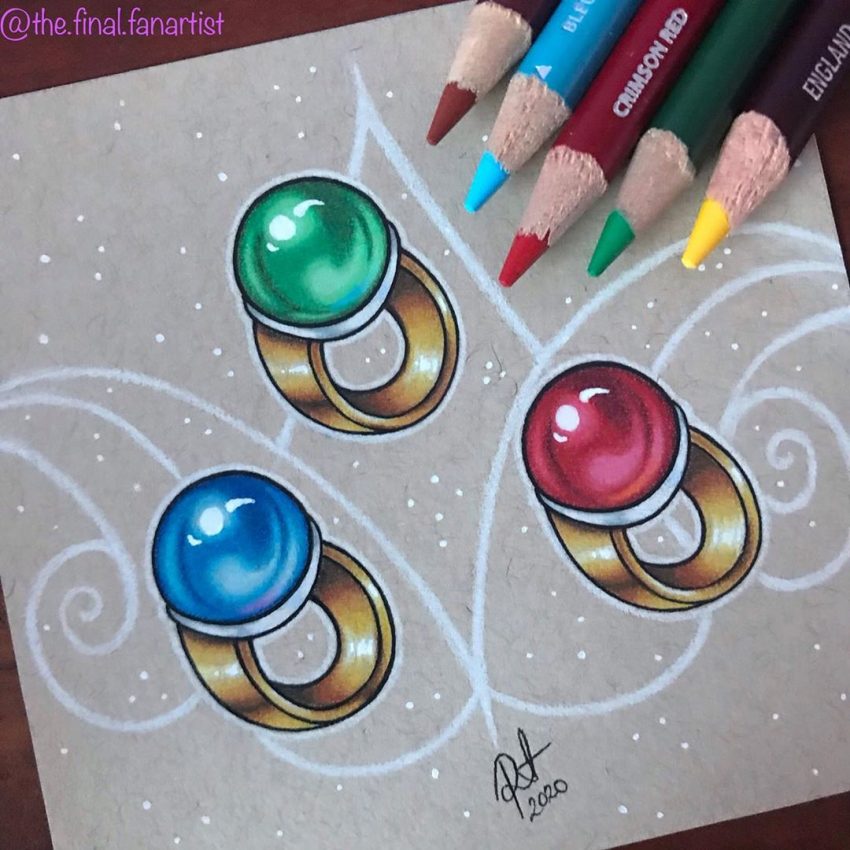 Andrew– Surprisingly up to this point, we haven’t even touched on one of the gameplay mechanics unique to the Oracles games: finding and appraising rings. Rings were heavily featured as one of the links between Ages and Seasons, along with time travel and the animal companions. However, the game progresses pretty far before Link locates more than a ring or two. I was past the halfway point before bothering to appraise and wear a new one! Part of that has to do with how expensive shops are in Ages, which is compounded by how scarce rupees are in comparison to the rest of the series. (That is until one brilliant commenter pointed out to me how useful the shovel and field outside Lynna are for farming rupees!)

Also because the first ring, which chimes when Gasha seed soil or a dungeon key is hidden on the current screen, has proven useful throughout the game. It’s similar to how secret seashells worked in Link’s Awakening. Hannah, do you favor any of the rings? Any tips from a pro on the best rings in the game?

Hannah – That’s a great question! Arguably, the best ring in the game is the Green Ring, since it increases both attack and defense without lowering one or the other, which is a drawback of some other rings. However, this ring is extremely rare, as it can only be obtained from a Gasha Tree, or a random encounter with Maple. I’ve personally never gotten this ring.

A more unsuspecting ring that’s way easier to get is actually the Ring-Rang Ring! The boomerang in the Oracle of Ages/Seasons games is a little different from the others in a rather broken way. Whereas most Zelda boomerangs stun enemies to allow you to close the distance and do damage, the boomerang in these games stuns AND deals damage. It deals the same damage as the wooden sword, and with the Ring-Rang Ring it deals even more damage. This doesn’t make it completely broken, like the Link’s Awakening boomerang, but it’s definitely worth checking out!

I personally enjoy the Heart Rings and the Holy Rings, just because I like passive and helpful abilities like that. As a fan of the Dark Souls franchise, I also enjoy the use of rings, as well as the naming convention of the Holy Rings, which are reminiscent of those games.

Andrew – That’s awesome. And like Dark Souls,  I wouldn’t have even guessed such a ring was out there without the help of a pro like you. I found that the sword upgrade after Mermaid Cove, combined with an attack ring, turns combat into a cakewalk. And I’m getting ahead of this week’s topic, but the late-game ring that halves all damage is a no-brainer for my playstyle.

Andrew – We’ve touched on how interesting Ages’ items are, but I was still surprised by the Mermaid Suit! Functionally, it’s not all that different from more well-known items like diving scales or flippers. But seeing Link transform is pretty unique. Only Twilight Princess and Majora’s Mask come to mind as having big, character-altering items. Particularly TP since both it and Ages feature sections of their games tailored to the transformation. And the Mermaid Suit fundamentally changes how swimming works for the remainder of the game. How did you like Mermaid Cave and the Jabu Jabu quest?

Hannah – Honestly, Mermaid Cave has been one of my favorite dungeons in a while! The last two or three were such slogs, it was making me doubt why I enjoyed this game so much, but Mermaid Cave made it worth it. The pre-dungeon area here is pretty difficult and time-consuming, but definitely better than the Lost Woods a few dungeons ago.

Andew – I feel like I’ve been negging on this game, but Mermaid Cave does a lot to win me over. It still has a fairly opaque nature to it. And unlocking it was one of the hardest stretches of Zelda I’ve ever played. I would love to know if you or our readers were aware of any hints that helped open the cave in both the past and the present. For me, resorting to just the brute force of time jumping on every screen in Rolling Ridge and near the cave was getting really old by the time I actually found the Mermaid Suit.

But then the Mermaid Suit turned out to be plain old fun! Last week I praised Capcom for spreading the usefulness of items across the entire adventure. And now here we have a pretty big addition fairly late in the game! And still the developers did right by having the Mermaid Suit be key to fleshing out the southwest of the overworld and the following dungeon, Jabu Jabu’s belly. It’s a pretty bold move doubling the game’s water dungeon count when Ocarina of Time’s Water Temple would have already gained infamy among fans. 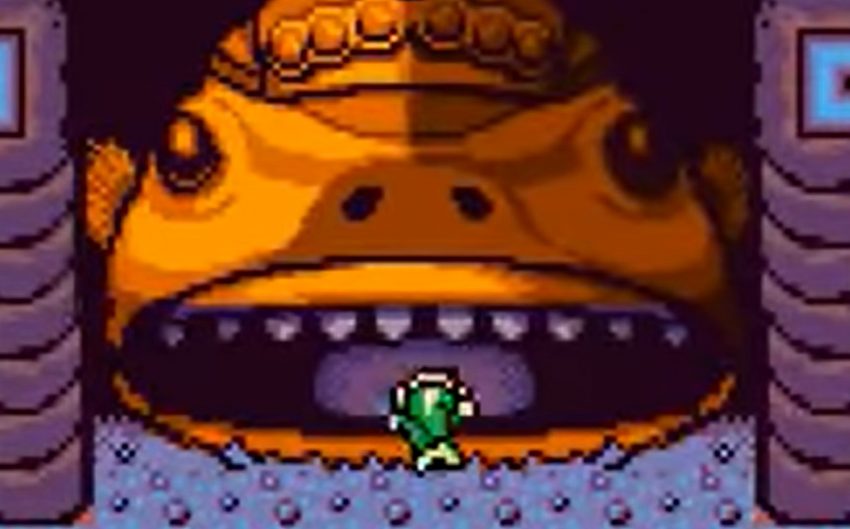 Andrew – It took 70% of this game’s runtime,  but after hitting my stride in Mermaid Cave, the Zora’s clean water quest and Jabu Jabu dungeon were pure frosting. This stretch was the best. It gave me the genuine fun and challenge that defines the whole series. But I have to share how stupid I felt at this point, so others don’t have to:

In the pre-dungeon quest, the Zora king requires medicine. I mentioned above how spendy items in this game are and how light your rupee pouch tends to be. Well, upon the king’s request I had literally just used the potion he needs on the previous dungeon’s boss. Then before arriving, I had proceeded to blow all my cash on the two most expensive items in the secret shop: the level 2 Ring Box and the buyable piece of heart. I had been on such a roll, too! Only to find out I needed to grind for 300 rupees all the way back at Syrup’s shop. Adding insult to injury on my return, what do I find in a treasure box one building over from the King? That’s right; 200 rupees. Augh! Anyway, how did you digest Jabu Jabu’s tract?

Hannah – This stretch of the game has been a great deal of fun! Unfortunately, I also blew a ton of my money on the Level 2 Ring Box after getting to this area and had to run around looking for monsters to make up the 50 rupees I needed. The ancient library was a little tough, but using the Cane of Somaria to test the floor before taking the next step was very helpful for getting through it quickly. This section has been one of my favorites to experience again, and I especially love seeing the very direct way that the future changes based on the actions of the past here. Seeing that the Fairy Queen will cease to exist in the future if you don’t find the fairy powder, and that the Zoras will live in anarchy if you don’t bring the medicine is very interesting for how the world of the game changes and operates.

Andrew – Couldn’t agree more. This section is a cinch for my favorite in the game. Having now finished, it was crazy to me how slow-going Ages felt up to that point, and then just barrels to the finish line right after Jabu Jabu. But that’s for. . .

Is Labrynna saved? I guess so? I mean, it kinda depends on Twinrova and Oracle of Seasons? We’ll talk endgame, share our final thoughts, and discuss whether Holodrum is calling to us.

If you’ve played Oracle of Ages, or are picking it up for its anniversary ($5 USD on the 3DS eShop), let us hear your thoughts on Oracle of ages‘ watery third act. Are you a newcomer, or returning player? Join our conversation in the comments below.

Andrew is currently playing Hades badly and dreaming of the next Zelda game that isn’t connected to Breath of The Wild.

Hannah can be found on Twitter @bananeyfish, and streaming games at twitch.tv/bananeyfish like Fallout: New Vegas and L.A. Noire!

Emi is in the midst of playing Spyro the Dragon and Mother 3 as Bianca on stream at twitch.tv/biancaduba.

Comments
Sorted Under: Editorials, Editorials, Oracle of Ages, Original Content, Slider
Tagged With: No tags were found for this entry.