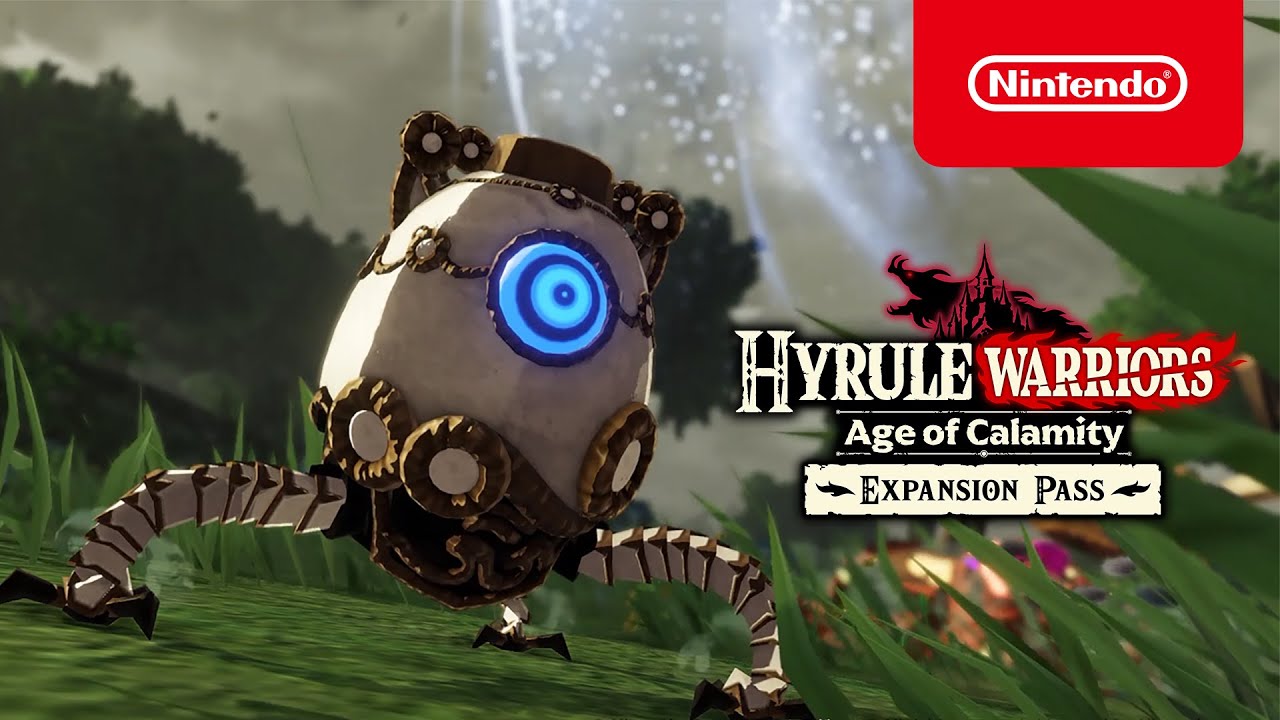 Warning: This article contains spoilers for the DLC story and characters for Hyrule Warriors: Age of Calamity.

In a recent interview with Japanese publication Nintendo Dream, various members of Hyrule Warriors: Age of Calamity‘s development staff, including Art Director Yuu Ōboshi, Producer Yōsuke Hayashi, Director Ryōta Matsushita, and Developing Producer Masaki Furusawa, offered their thoughts on the design and production of the newly released Guardian of Remembrance DLC. One portion of the interview focused on the addition of new intricate and detailed maps in the newest wave of DLC.

There were a couple of new maps introduced in Guardian of Remembrance: Kakariko Village, which is played in the mission “The Battle for Kakariko Village,” and Lanayru Road, which is featured in the mission “The Princess and the King.” Both maps have segmented sections that cannot be freely traversed like other maps that had previously been featured in the game and require switching between characters to navigate the different sections.

During the interview, Matsuchita was asked about the decision to construct these new maps in such a way:

Matsushita: We wanted to give everyone who played the base game new experiences in the DLC, so our intention was to incorporate things we had not been able to do in the original game, as kind of a practical application of what came before. The experience of playing as and switching between various characters other than Link is an element that is certainly a unique feature of this game, so we thought we could flesh out that concept even more by designing maps that force the player to use different characters. We wanted to keep adding new experiences by depicting the battle from the differing perspectives of numerous characters.

Personally, I really loved the split maps that have been added to the game. They gave gameplay a wonderful new element that “forced” the player to play with a character that might not be their favorite. In the “Battle of Kakariko Village” mission, I really loved having to balance between being on the ground and being “above” the village protecting it with Divine Beast Vah Rudania. It gave the mission a better sense of urgency and didn’t feel as linear as previous missions.

The interviewer also mentioned that the battle on Lanayru Road was “striking” considering the timeline of the game, to which Matsushita agreed:

Matsushita: That’s right. [laughs] We also wanted to give players a firsthand experience of a narrowly-averted disaster that secretly took place behind the scenes of the main story.

Hyrule Warriors: Age of Calamity‘s Expansion Pass also introduced us to a bunch of new story elements that help support the main story. In Guardian of Remembrance, for example, we learn more about our little Guardian friend Terrako and some of its interactions with other NPCs like Bokoblins.

Matsushita explained that such scenes were included to supplement the game’s main story:

Matsushita: Right. The idea is that there are parts of the time sequence not originally depicted in the base game, and those mysteries can be answered as we look at the scenes from 100 years ago which aren’t known by the characters.

The interviewer then chimed in to state that the Bokoblins in the game were given some more “character” and show a lot more charm, and that they were engaging in their “normal” activities before the events of the game happened. The developers agreed:

Matsushita: Yes. That was something we just weren’t able to express in Hyrule Warriors, so it stuck with us as something that felt left out. I think the Bokoblins in Breath of the Wild eating their meals and having little parties is really memorable. Since the stages in Age of Calamity are set on battlefields, we didn’t have a chance to depict those slices of everyday Bokoblin life. In fact, we even had to omit some we’d made during development. But the precise timing of the mysterious Guardian coming from the future takes place before the events of Age of Calamity begin, so at that time, the Bokoblins would still have been carrying out their daily activities before the start of the great war. They were just living peacefully in their own manner, hunting and carrying their spoils when Link comes along; and in some sense, that destroyed their normal routines… Well, we made a scene like that, but in any case that’s exactly where we designed the turning point of the battles of Hyrule Warriors: Age of Calamity’s story to begin.

Furusawa: We had some discussions about the Bokoblins themselves with the Zelda Team. You can’t make them seem too intelligent, nor on the other hand too unintelligent, so we were careful to make adjustments regarding how they would come across.

Ōboshi: We made minute adjustments, such as to their reaction time, like, “They’re detecting Link too quickly,” and so on.

Matsushita: While there are of course differences between the time periods 100 years apart, we were still careful not to depict any incongruencies or continuity errors in the NPCs.

Personally, I love all of the tiny details that were considered when creating new in-game experiences in Age of Calamity‘s DLC, and I appreciate the added story elements that helped spice things up. It’s obvious that a lot of thought and time has gone in to give players an awesome experience.

What did you think of the new maps and story elements added to the game? Let us know in the comments below!

Comments
Sorted Under: Games, Hyrule Warriors Age of Calamity, News, Slider, The Legend of Zelda, Zelda News
Tagged With: No tags were found for this entry.