Posted on December 16 2020 by Andrew Millard 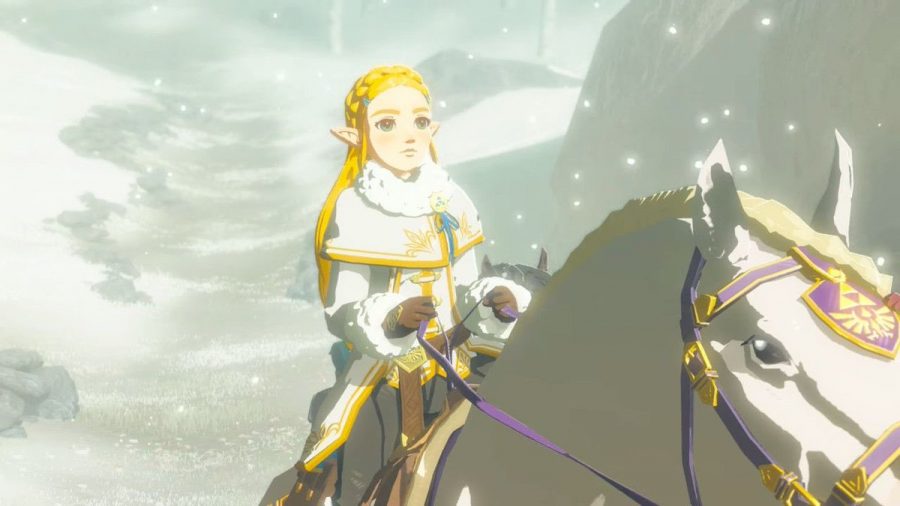 In our most recent edition of The Champions’ Cast, hosts Andy and Alasyn hold court with Patricia Summersett, the voice of Princess Zelda, making for a standout episode and great listening!

With Hyrule Warriors: Age of Calamity in the hands of a huge number of Zelda and Warriors fans, it’s a great time to take a peek behind the scenes. As the interview kicks off, Summersett discusses the lead up to earning the part of the Hylian princess. She also reveals how Zelda’s voice was shaped by early descriptions of a “fantasy princess in a British-type setting” before ever knowing who she was auditioning for.

In candid answers, she addresses developing Zelda’s voice and living as a real-life connection to the games for fans she meets. And — as Zelda has become a touchstone of her career — how playing her has developed across two games and DLC content.

“It was different in that we’re all going back to the same world, but three years later. So, it was the same, but very different. We had different directors. And in the first iteration in Breath of the Wild, everything was being invented! So the director and all the team, they were  literally trying something new for the first time! Whereas [Age of Calamity] is a spinoff game. It’s not a new invention, but then you’re allowed to make little adjustments and leaps into the future.

We were recording some stuff. You know, the awesome directors were talking about — different directors for both games, by the way. Different directors, but all awesome! — They were saying, like, ‘It’s cool now, you know, she’s a warrior now! So we can try things like: let’s think of her as Zelda 2.0!’

So what does she sound like now that she’s coming into herself? And there’s this through line and arc of these things. So I was actually allowed to experiment a little differently with what had already been built and approved, and had become the final product [in Breath of the Wild]. So now, how can we stretch this? And see where to go with it to make her stronger and more earthy, you know? Which I kind of feel like people are responding to in a very positive way.”

On evolving Zelda with each new chapter

Alasyn and Andy go on to tie in an earlier point in the podcast about Zelda’s voice being contentious among fans. Summersett replies by remarking on progressing the work of the first game into the new one and how Age of Calamity is garnering more praise for its voice acting:

“It is very well received. Part of it is that it’s been normalized, too. Like people are used to the fact that [voice acting in Zelda games] is there. Those were the decisions that were made, and Nintendo trusted it. So, everybody moves forward with it. Yeah! And then also, we’re improving! We’re learning!”

As a huge fan of both the age-old convention of The Silent Protagonist in video games and the art of voice acting, I think Nintendo and the cast did an incredible job brining these characters to life. Zelda, in particular, struck a chord with me from her very first lines, waking Link from his slumber. Ms. Summersett’s use of the word “earthy” rings true. Her character was admirable, flawed, and vulnerable. The whole interview is highly recommended!

Champions Cast episode 139 is available now from Podbean. Give the whole show a listen, and let us know what you think in the comments below.

Comments
Sorted Under: Breath of the Wild, Games, Hyrule Warriors Age of Calamity, News, The Champions' Cast, The Legend of Zelda, Zelda News
Tagged With: No tags were found for this entry.