A Link to My Past: Finding Courage in a Dark World of Trauma 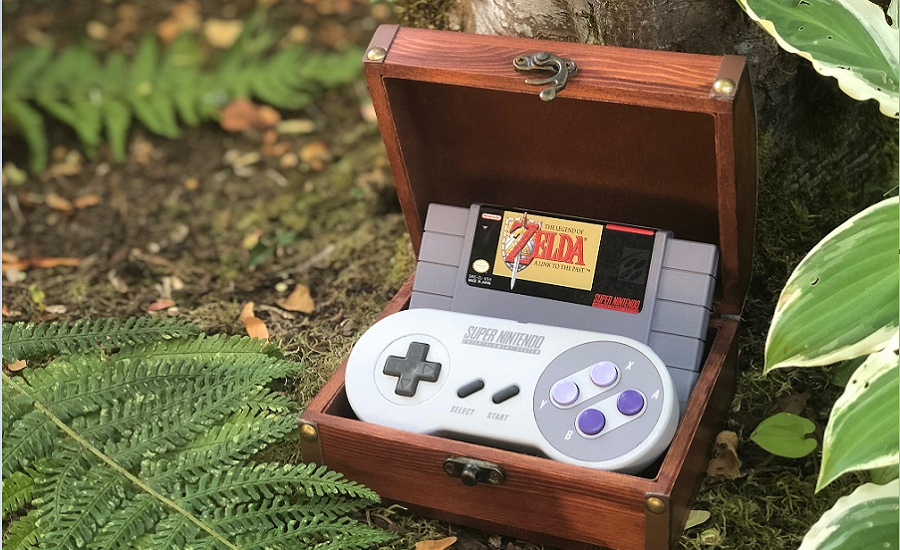 “Can you retrieve the Pendant of Courage from the East Palace? If you bring it here, I will tell you more of the legend…”

This moment with Sahasrahla in The Legend of Zelda: A Link to the Past did more than commission Link to his first dungeon and pendant in the Light World; for me it began a lifetime of searching for and winning courage. It’s a journey I have taken so often that its count rivals the endless replays of my favorite video game franchise. Like many, fear came more easily to me than learning bravery.

My parents divorced when I was young, and the fighting continued for years; far worse than the near constant ugliness between them was the terror and pain that happened in the shadows of home. Domestic violence, abuse, and neglect haunted me from my earliest memories and stayed with me well into adolescence. The trauma transformed me, altered my sense of self into a product of someone else’s dark imagination. In conformity and acquiescence, I found safety. Even in all that darkness, a crack formed in the walls of my isolated childhood, a break that let in light and the possibility of evolution: The Legend of Zelda series.

I know that might sound strange. Video games are not real life, and for most of their history, the art form has been largely seen as recreational, trite, and deeply unserious. But for me, video games, and particularly A Link to the Past, spoke to a desperate need in my life. Here before me was a young boy clad in green, facing the very adult evils around him, and weaponizing the courage inside to bring healing to the world. To his world. For a trauma survivor, nothing is more profound.

Of course I loved the game. Having played the original and struggled through the sequel, I was always going to love A Link to the Past. My hands took hold of that SNES controller, standing in the middle of Alderwood Mall as I got a chance to play the demo a few months before release, and I was hooked. The game seemed everything I loved about the original, with improvements I couldn’t have imagined. The rain pounding the earth, the voice calling to Link in the middle of the night, a secret mission to the castle—it blew my mind. And like all good stories, the call to adventure came not a moment too soon.

I got the game as a Christmas gift and jumped in immediately. Facing the trials of the Eastern Palace, where Link stared down skeletons and strange, one-eyed monsters thrilled me. I felt as though my own hands drew the bow and arrow from the big chest, and I could feel my power growing with the Hero’s. Together we won the Pendant of Courage, proof that we had earned the right to journey further, that we had it inside of us to be more than what family thought. Link became more than his uncle dreamed; I could do the same.

I’ll always remember that first taste of the Dark World; there on top of Death Mountain, the young hero I had attached to became a pink bunny, disfigured by the cruel imagination of Ganondorf, holder of the Triforce. I was young, only seven years old at the time, but the moment hit me like a backhand to the face. I recognized what I saw; Link was prey. I had felt his same lack of agency so many times before, and it infuriated me to be unable to use his sword, to be transformed into something other. I saw myself on screen.

Climbing the Tower of Hera and winning the Moon Pearl, which grants Link the ability to retain his shape in the Dark World, felt righteous, powerful even. It was a necessary step in the plot, but the beginning of my own journey to find shape. Many years later, I’d like to think I’ve found that strength. I’ve carved my own path and escaped that nightmare version of life.

I still replay the game periodically, just as I continue to face trials of courage; I’m turning 36 soon and The Legend of Zelda remains relevant in my life. I play at least one Zelda game regularly, sometimes several at once, and I’ve grown to appreciate the way the series has changed, evolved as I have evolved over our lifetimes. Playing Breath of the Wild gave me reprieve in a new way, it’s freedom and invitation to explore providing some much-needed self-care during a difficult stretch of adulthood.

What I am most grateful for, however, is the inspiration my own children have found in the series. They too want to be brave “just like Link.” That link to my past has become a gift to my future.

Comments
Sorted Under: A Link to the Past, Editorials, The Legend of Zelda
Tagged With: No tags were found for this entry.