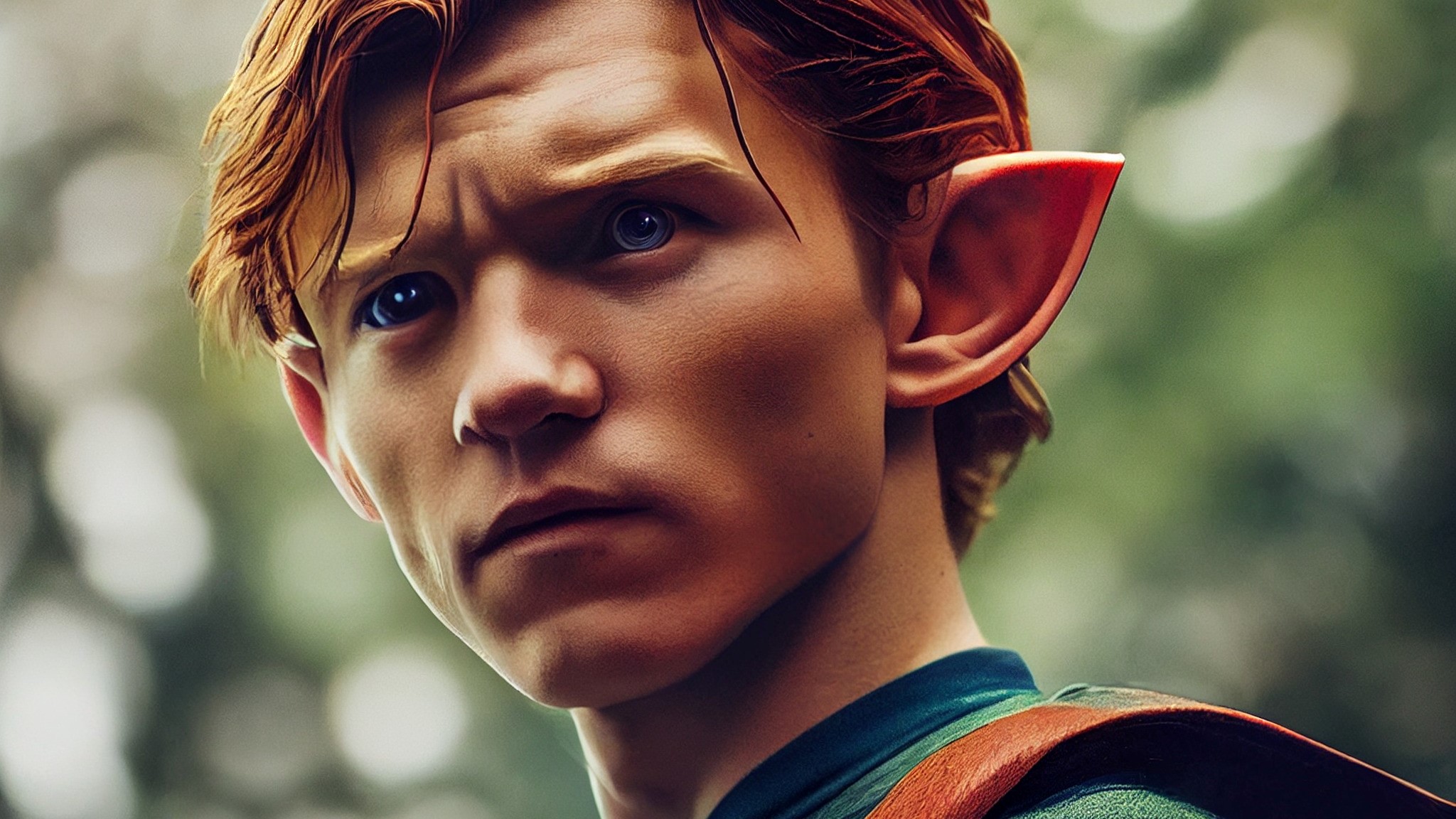 Artificial intelligence programs are getting scary-good at generating artworks with varied amounts of human direction. Look no further for proof of just how skilled these tools are becoming than these posters generated by Dan Leveille using the Midjourney A.I. program. The images depict Tom Holland as Link with blue eyes, pointy ears and all. In fact, the posters are so good that they have tricked some folks across the internet into believing a Zelda movie really was in development at Netflix. While no movie is in the works right now, artwork like this can give us an idea of what such a film might look like and might even set the gears turning in the minds of those who could make a movie happen.

Not only did Leveille use A.I. to make these posters, but also used OpenAI’s GPT-3 to generate a Zelda movie script. The plot? Link coming out as gay — complete with lines that are absolute gems like, “I’m not just the hero of time, I’m also the hero of gayness.” I’m not so sure this script will set the gears turning in Hollywood, but it sure is fun.

I asked an AI to create a Zelda film script where Link reveals he’s gay.

it started after I asked #Midjourney to generate Tom Holland as Link…#gpt3 #ai pic.twitter.com/dD3nentuwy

A.I. art generators are certainly in-vogue right now, and Midjourney seems to be churning out some really stunning works. I am especially impressed that most of the eyes don’t look too demonic (whereas human faces crafted by early versions of another popular AI program, DALL-E, tend to look startlingly warped). Leveille for his part has prompted the creation of a wide variety of fascinating artworks including Cher as an Overwatch character, Mario characters as “hot singles,” and Capybaras in drag.

What do you think of these posters? Would you want to see Tom Holland play Link in a Zelda movie or TV show? Are there any other images or scripts you would like to see Leveille generate next? Share your thoughts in the comments!