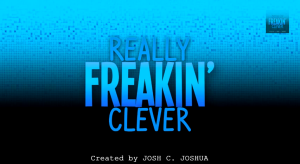 Recently returned to the sequel of the series that made him big, the channel Really Freakin’ Clever run by musical afficianado Josh M. With a five month hiatus between the previous episode and this one, he has finally released part 5 of the series. This time he tackles the Great Bay area, alongside the much-maligned Great Bay Temple. Watch the video after the jump!

I do have to say that while he makes some interesting points regarding things taken from Ocarina of Time, and points out the bizarity of the Beaver Brothers. He also takes frequent stabs at Super Smash Brothers Melee and, of course, the Great Bay Temple. Unfortunately he makes a number of references that makes this review very much a product of its time, meaning that this video on what is a timeless game will be as culturally relevant in a few years as Gotye is right now. Furthermore, RFC has noted the hiatus the series has been on, and has made the following statement as a reply to a smartass fan:

So if you think that he will not meet this deadline, mark April 1st on your calendar (or the release date of Zelda Wii U, but we all know that’s not going to happen) and buy yourself a delicious hat to send to him to eat once it’s past this date. Or don’t, if you prefer your hats uneaten. But do you think that he has made some valid points? Or that he missed a few? Perhaps you know how Link holds onto Epona without a saddle? Please share your thoughts in the comments below!